On August 27, 1540 in the valley of the Copiapó River some 500 miles north of the eventual location of Santiago, Pedro de Valdivia took possession of Chile in the name of the King of Spain. It was a favorable spot: 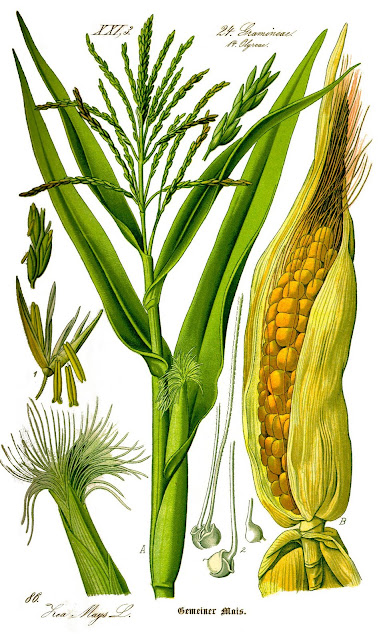 In this valley…. maize stalks grow larger and thicker than I have ever seen in any other province through which I have traveled and I have never seen any yield as well as in this valley, because in the other provinces each stalk yields two or three ears, and here four or five.  It is very good maize. (Jerónimo de Vivar, 1558)[1]

From there in the Atacama Desert south 1,200 miles, to the rainy Island of Chiloe, the native people of Chile cultivated maize (or corn, Zea mays;  choclos in Chilean Spanish).  It was the major crop and staple food for 1000 miles or so, and a secondary crop to potatoes in the far south.
has a Mediterranean climate, with warm dry summers and mild winters with moderate rains, increasing to the south.  But from October through February, the growing season for corn, Santiago receives only about an inch (30 mm) of rain in most years; far too little for maize.  But the indigenous Mapuche, or their predecessors, developed irrigation. Jesuit Juan Ignacio Molina, writing in 1782, said:

[The native Chileans] had ….in many parts of the country, aqueducts for watering their fields, which were constructed with great skill. Among these, the canal which, for the space of many miles, borders the rough skirts of the mountains in the vicinity of the Capital, and waters the land to the northward of the city, is particularly remarkable for its extent and solidity.[2]

The Chileans call [maize] hua and believe that they have had it since before their arrival in the country. Their primitive cultivation has produced many varieties, among which they especially distinguish:  cujumpe-hua or black maize, quely-hua, or red maize; pijima, or variegated maize; callquintu or black and white maize; gylil or flour maize; and mallehua or little white maize. All these varieties have great success in , commonly producing three or four large, perfectly filled ears.

The Chileans use a great deal of this maize, making various foods among which they are especially fond of one which they call Huminta . These are made with fresh tender maize kernels, ground between two smooth stones, as cacao is prepared by chocolate makers. The resulting milky paste, seasoned with lard, salt or sugar, according to individual taste, is divided into small pieces each of which is wrapped in two of the tender shucks of the maize ear, and tied into a small packet, are cooked in boiling water.  With this same dough they make crust for pies and various kinds of cookies.

When the maize is ripe, they prepare it for winter in two ways:  they give it a light cooking then calling it chuchoca or cunarquen, or they leave it uncooked.  With the first, after crushing it, they make soups and with the other a type of very tasty beer [chicha].  They also make it into flour, but before milling it they toast it in a sand bath.  For this they use another species or variety of maize, called curahua, “rock maize,” whose grains are smaller. Upon cracking in the sand bath the flour doubles in volume, yielding a whiter and more digestible flour.  This flour dissolved in cool or hot water with and sugar or honey, becomes the ulpo, and chedcan that rural Araucanians [Mapuche] drink regularly, in place of coffee.[4] 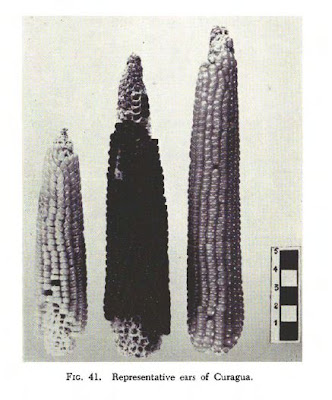 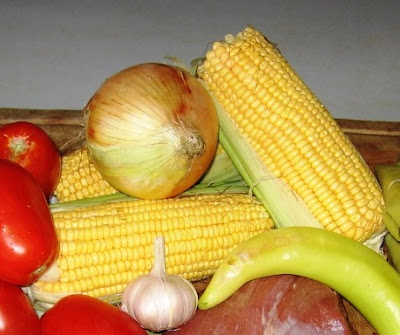 The preparation methods Molina discussed also continue to be popular.  Humitas are in great demand throughout the summer [see “Humitas, Chilean Tamales”], and the same dough is used for today’s pastel de choclo, corn pie. The corn used for humitas, called choclo humero,  is very large, with 20 or more rows of kernels and, according to “Races of  Maize in Chile” is probably descended from a cross between native maize and dent corn introduced from the United States in the 19th century.[6]
Of course green corn was not used solely for humitas. In Life and Customs of the Araucarias in the Second Half of the  XIX Century, Mapuche chief Pascual Coña, explains:

Some ears of green corn are harvested for eating.  They are prepared in a great variety of ways.  Sometimes they remove the husks from the ear—the ear separated from the plant they call the choclo. They put them on the fire to roast and when cooked on one side they turn them.  Completely roasted they are eaten and called roasted choclo. Other times they bury the ear, covered with its husks, in the ashes.  When it is well cooked they take them out, remove the husk and eat them.  These are called buried chocols. They also boil the husked ears in a pot and eat them as-is; these are called boiled choclos. Finally they boil them in the husks and dry them afterwards. In this state they are called chuchoca. Dry they are shelled and ground on the stone.  The ground dough, called locro, is added to various stewed dishes.[7] 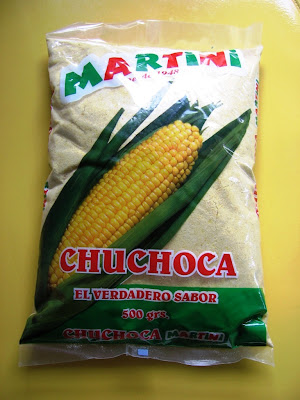 As Coña explains, Chuchoca is corn meal or flour ground from green corn, at or just beyond the milk stage, which has been boiled (or baked in an earth oven) and dried.   This allows cornmeal to be made from green corn, important in areas such as south central with short growing seasons where the corn may not mature before first frost.[8]
Chuchoca continues to be popular in Chilean cuisine, and is widely available. It is used as a thickener in pork and poultry cazuela, and in dishes such as potatoes and squash with cuchoca, below. 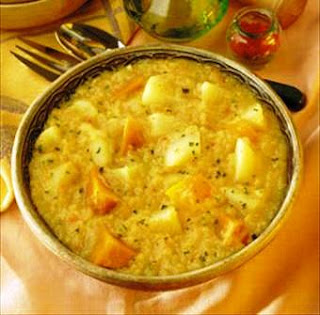 And, although not a part of traditional Chilean cuisine, chuchoca can be used in place of cornmeal or polenta.  I use it in multigrain breads, and American southern-style cornbread baked in a cast iron skillet. My Chilean family likes it, although they find it a bit strange.  In the spirit of intercultural interchange, here is the recipe, in Spanish and English:
. 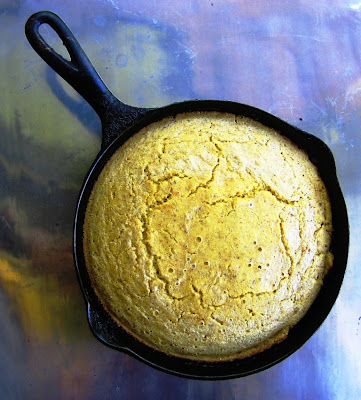 Sweet corn, choclo Americano, is also popular in   In my Chilean family corn on the cob is eaten with butter as a first course.  Off the cob it is usually eaten cold as a salad. 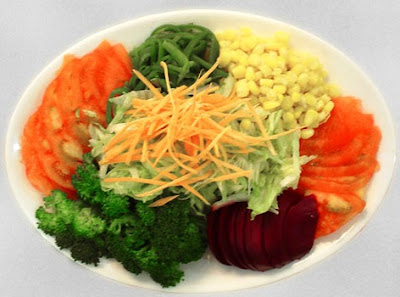 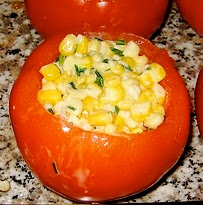 
[9] “Sweet corn” refers to the typical  garden and supermarket corn, usually eaten “on the cob.” It is different from other maize varieties in having a much higher sugar content.  Traditional maize varieties, used for corn meal and animal feeds, are called “field corn” in the .
Posted by Jim at 7:56 PM